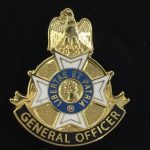 The General Officers of this Society shall be a President General, a Vice-President General for each of the regularly established districts within the United States as specified in the Bylaws and one or more Vice-Presidents General for outside areas – provided that the Board of Trustees shall so provide, Secretary General, Treasurer General, Chancellor General, Genealogist General, Registrar General, Historian General, Librarian General, Surgeon General, and Chaplain General, who shall be elected by ballot by a majority vote of the delegates present and voting at the Annual Congress of the Society and shall hold office for one year or until their successors are elected and qualified. Such General Officers shall serve without compensation in such capacities. 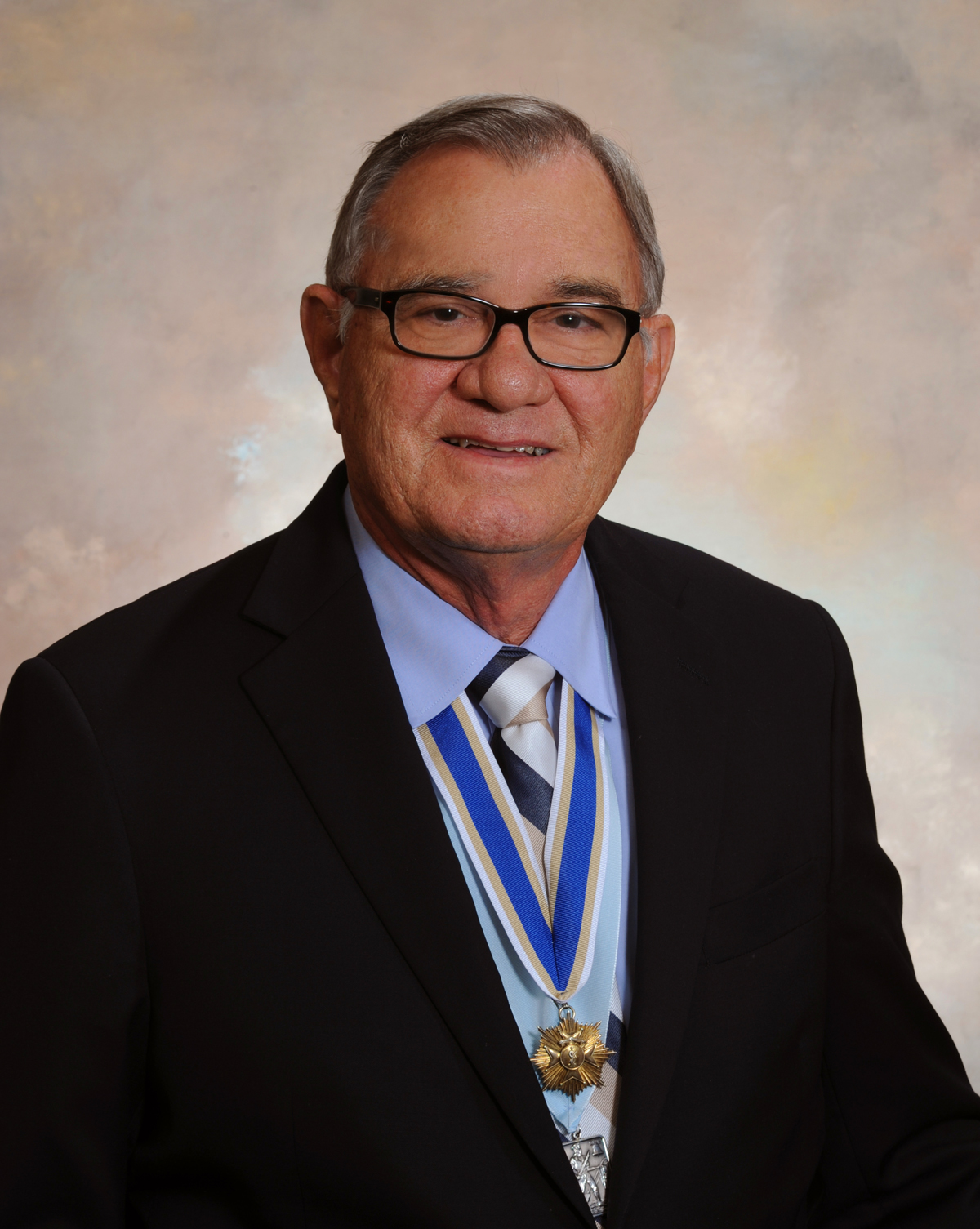 Compatriot Pickette is a 1968 ROTC graduate of Jacksonville State University in Alabama. His degrees include a Bachelor of Science degree in secondary education with a major in history, a Masters in business administration, and a Masters in library science.

He was commissioned in the Signal Corps and spent 24 years in the Army, retiring as a Lieutenant Colonel in 1992. After his military career, he worked full-time in the information technology field for defense contractor companies, retiring for a second time in 2007.

He and his wife, Rita, live in Montgomery, Alabama. They have two children and five grandchildren. Their daughter Laura is a school teacher in Montana and their son Gregory lives in the Tampa area. Gregory is a retired Air Force pilot and is now a pilot with FedEx.

Compatriot Pickette became a member of the Sons of the American Revolution in 2002. He served the Alabama SAR as state president in 2010-2011 and has been involved with the National SAR since 2007. He was named as a Minuteman in 2017. As President General, he is now in his ninth year as a General Officer of the Society. The Secretary General maintains the official records of the activities of the Executive Committee, Trustees, and national SAR Congresses. He coordinates with the SAR Headquarters’ staff on compiling the officer and committee reports for distribution at meetings and also oversees the notices for scheduled meetings along with meeting registrations. 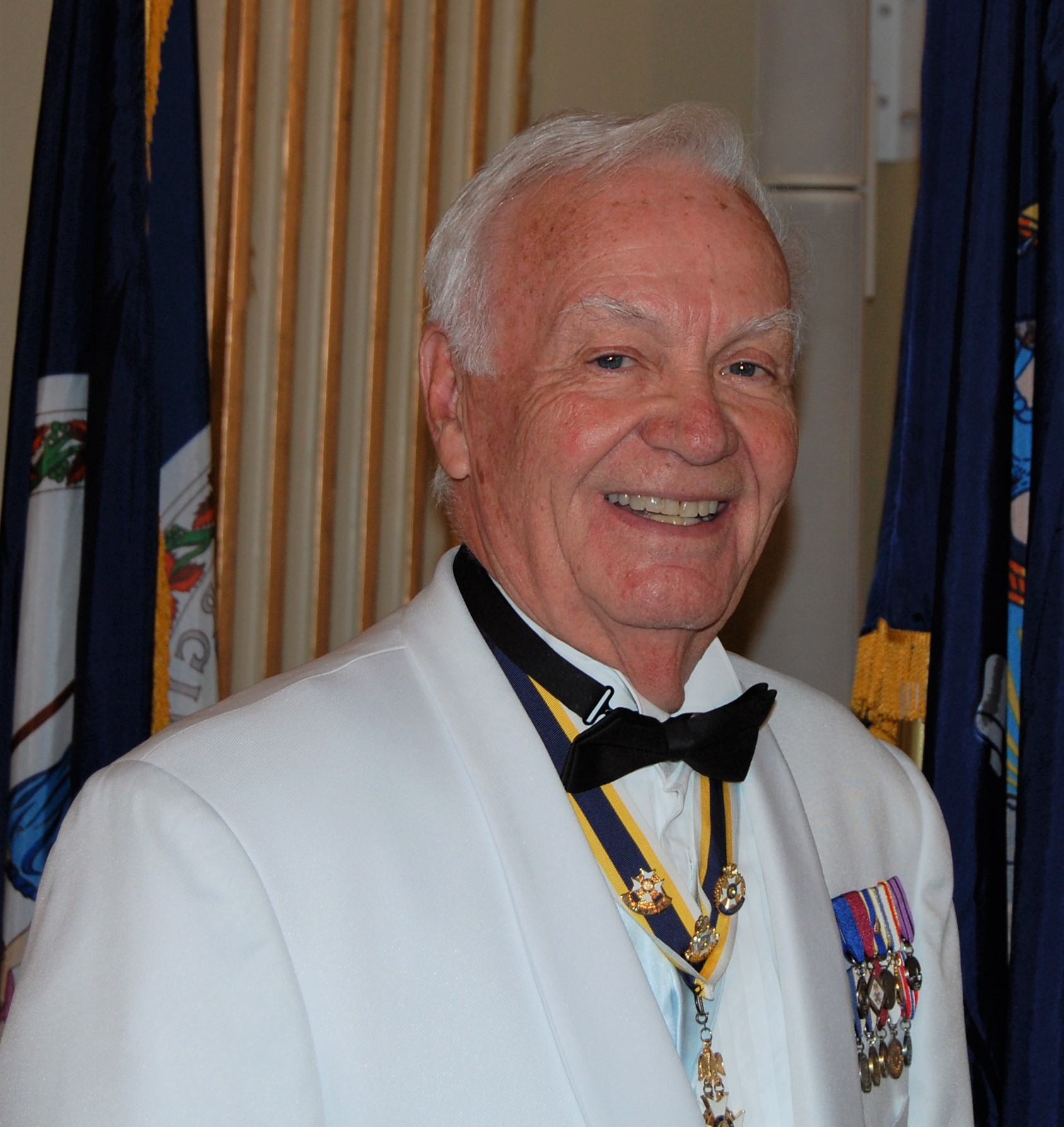 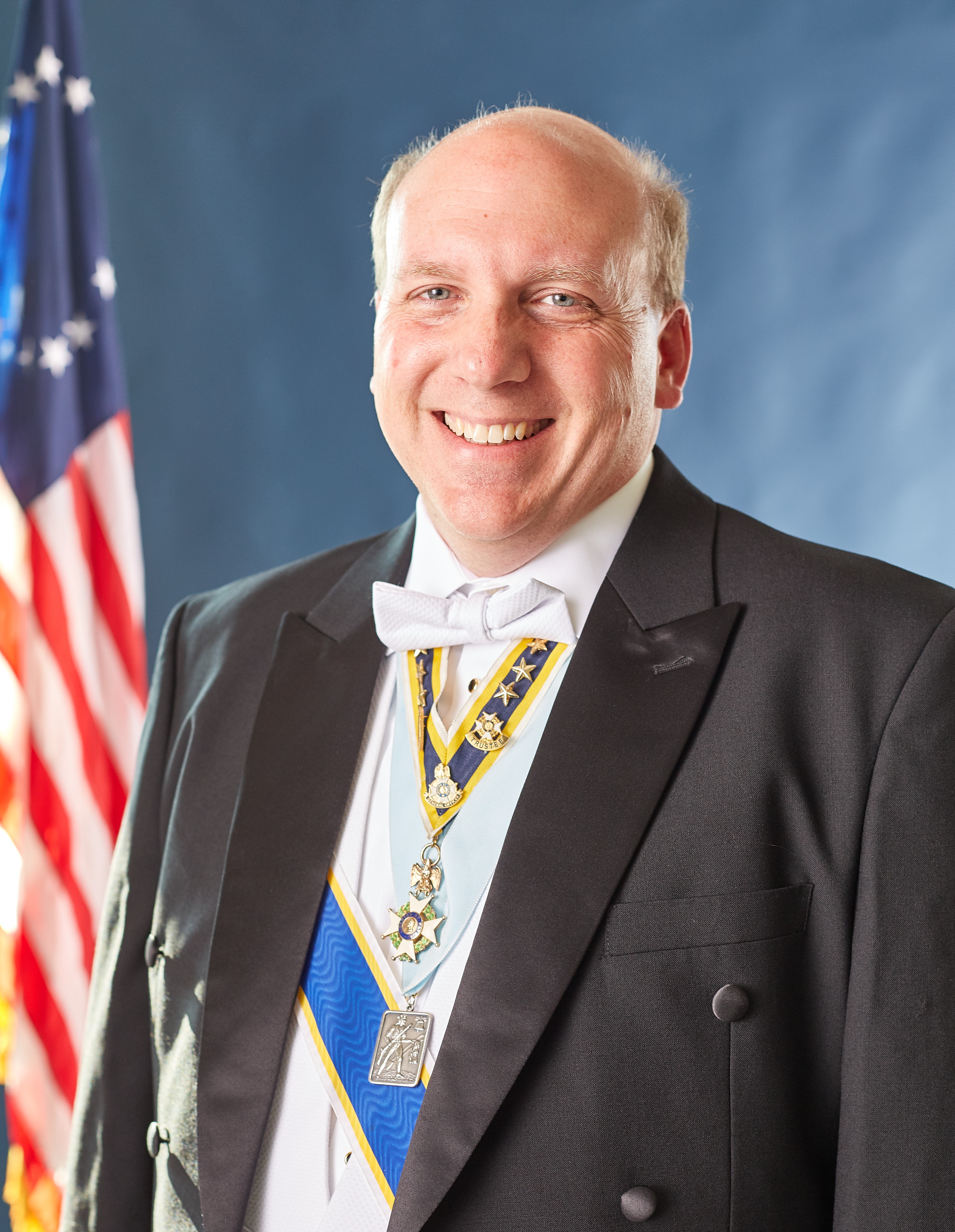 The Chancellor General serves as legal advisor to the National Society. He shall serve as a member of the Executive Committee and an Ex-Officio member of the SAR Foundation. The Chancellor General shall render legal opinions on National Society matters upon request by the President General and shall report on legal matters of concern to the President General. He shall make a detailed report on such matters to the Executive Committee and the Board of Trustees at the Spring and Fall meetings of the Society as well as the Executive Committee, delegates and members at-large at the Annual Congress. He shall perform such duties as provided elsewhere in the Constitution and Bylaws.

Compatriot Elston is a member of the George Washington Chapter, Virginia SAR, where he has served as Secretary, Treasurer, Vice President and President. He has served the Virginia Society as Chancellor, Vice President, President, Alternate Trustee and Trustee. He served as Vice President General of the International District from 2015 to 2016, and as a director of the SAR Foundation from 2015 to 2021. Prior to his election as Chancellor General, he served as chairman of the 2021 Special Congress, Bylaws, King’s College London Partnership, Knight Essay and Young Members Committees.

Compatriot Elston’s children have been active members of the Children of the American Revolution (C.A.R.). He has served as Virginia C.A.R. Senior State President and is currently a Senior National Honorary Vice President. He has also served on the vestry and as senior warden of Historic Pohick Episcopal Church.

The Chancellor General is a graduate of Drake University and the Duke University School of Law. After law school, he served as a law clerk to the Hon. Pasco M. Bowman II, U.S. Circuit Judge for the 8th Circuit. A former federal prosecutor, Compatriot Elston is a recipient of the U.S. Department of Justice’s John Marshall Award for Outstanding Professional Achievement. He has continued in public service as an attorney with the U.S. Postal Service since 2010. 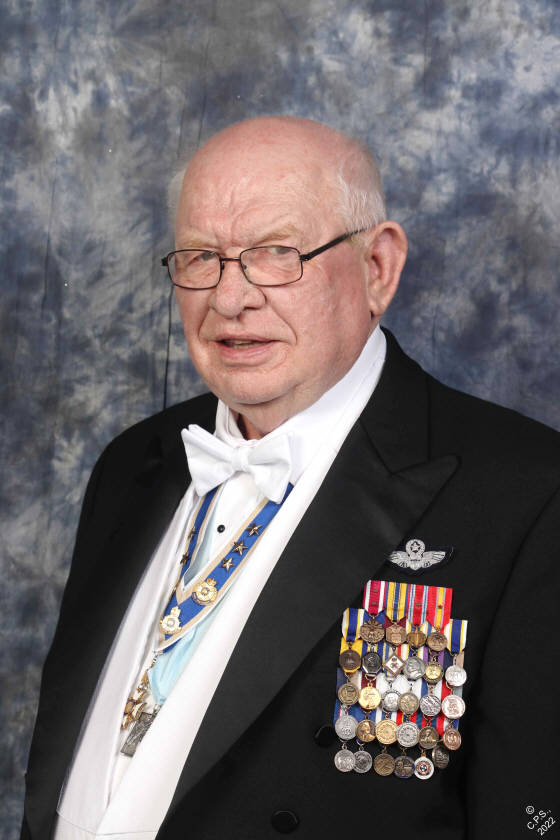 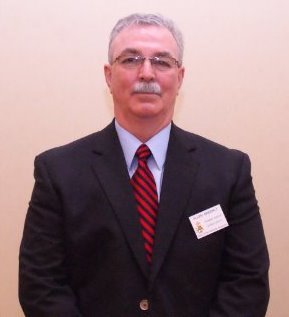 The Registrar General shall be the custodian of the membership data of the National Society, and he  shall  advise  an  applicant  when  he  is  approved  for  membership  in  the  Society  as  well  advise  the  State  Society  of  applicant’s  approval  for  membership  in  the  Society.  He  shall  maintain  a  complete roster of the names, National numbers, addresses, dates of birth and dates of admission to the National Society, resignations, discontinuance as an active member due to non-payment of dues as well as deaths (including the dates of death). 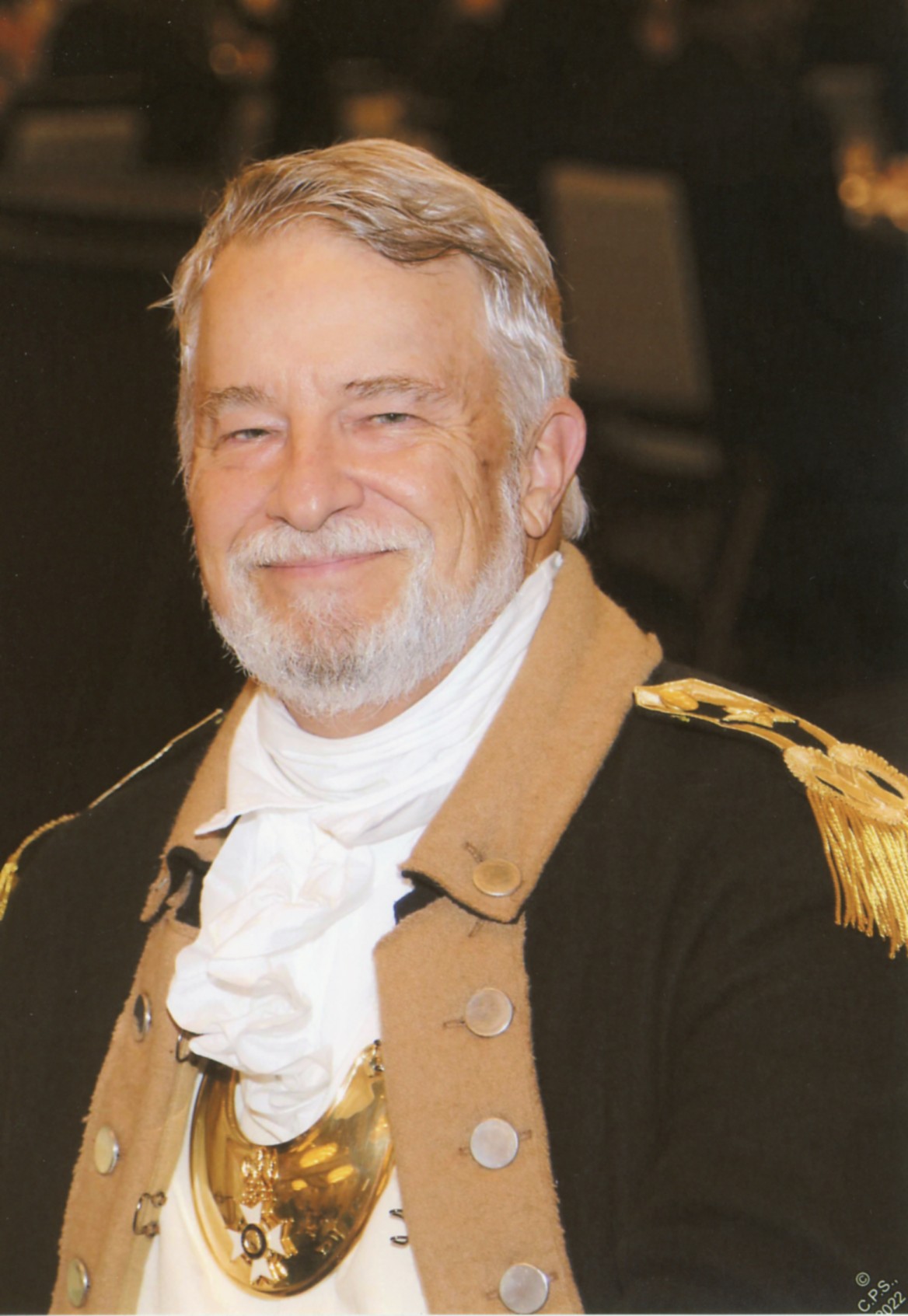 The Historian General, working with the Education Director, oversees the history programs of the National Society. He is responsible for establishing and maintaining a relationship with the History Departments of the several Universities located in the vicinity of National Society Headquarters in order to promote the teaching of Revolutionary War history in the Universities and various school systems. He shall assist State Society Historians engaged in the search for information about Revolutionary War historical sites, war graves and memorabilia in their respective geographical areas. 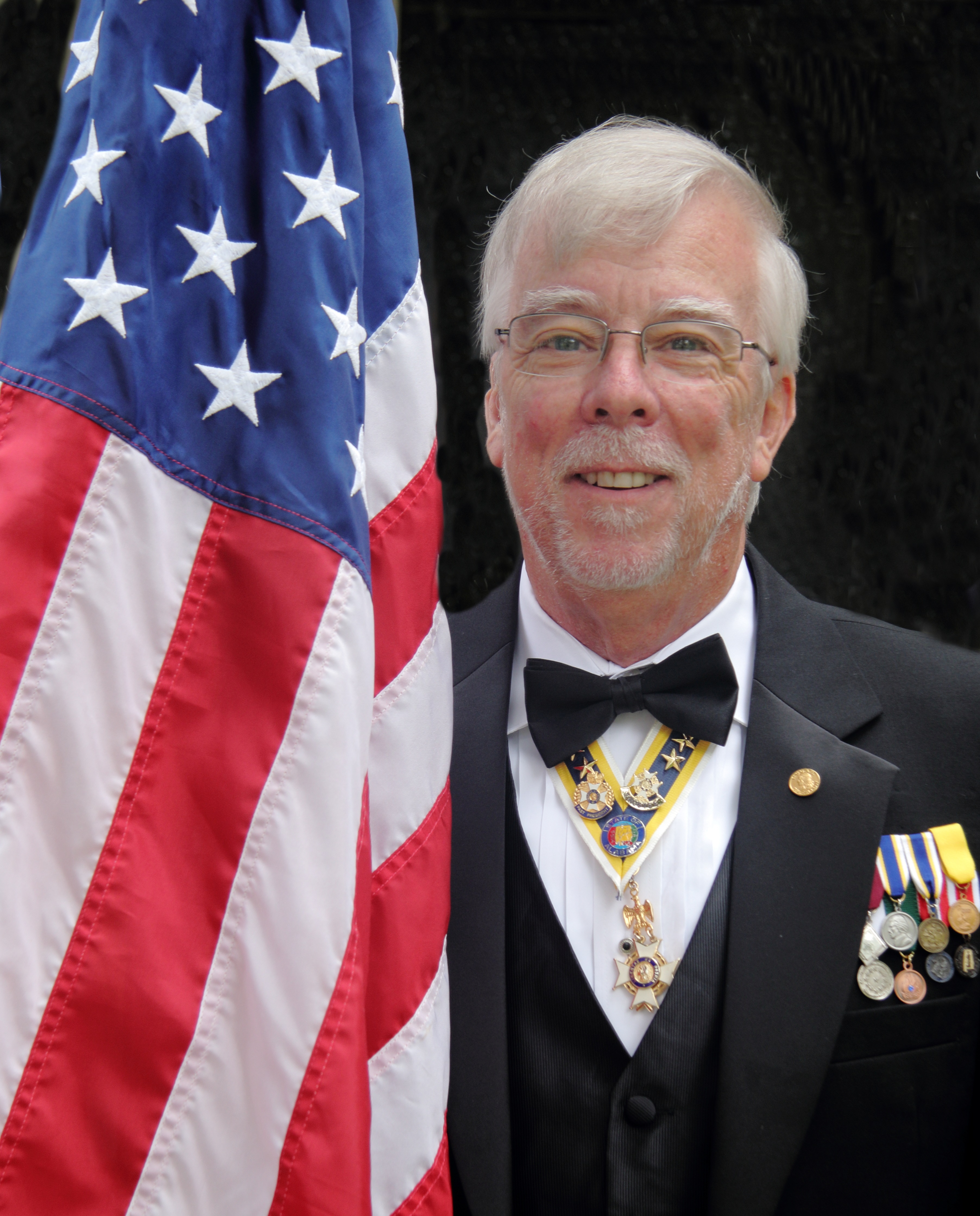 The Librarian General shall be the custodian of the books, manuscripts, maps, microfilm, pamphlets, magazines, and all other such printed material in the National Society’s Library. He may solicit donations, gifts, property exchanges, and may purchase additions for the Library collection provided prior approval is obtained from the Executive Committee. He is authorized to reject materials deemed unsuited for the National Society’s Library and is authorized to sell books which are deemed unsuited for the Library. 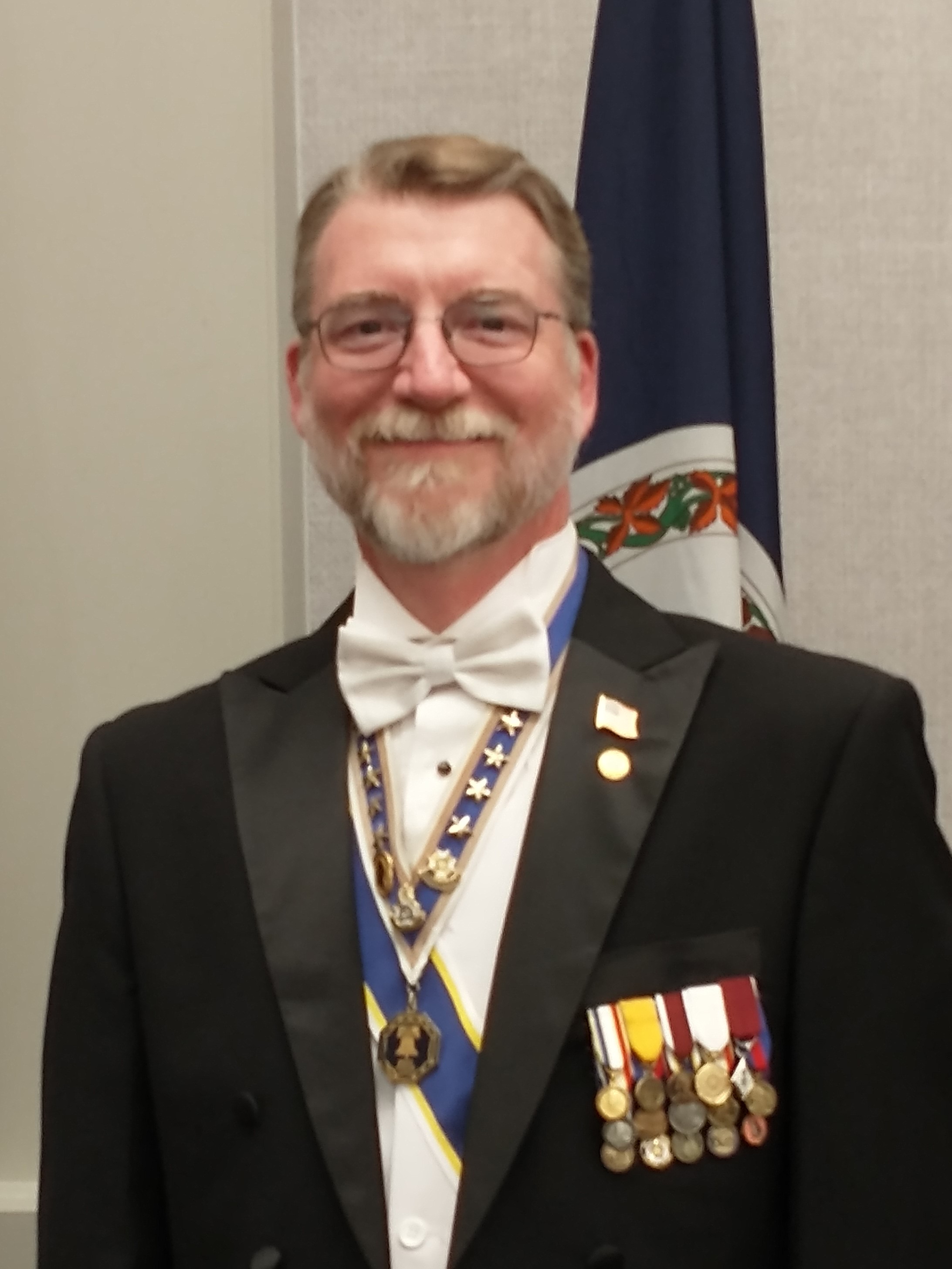 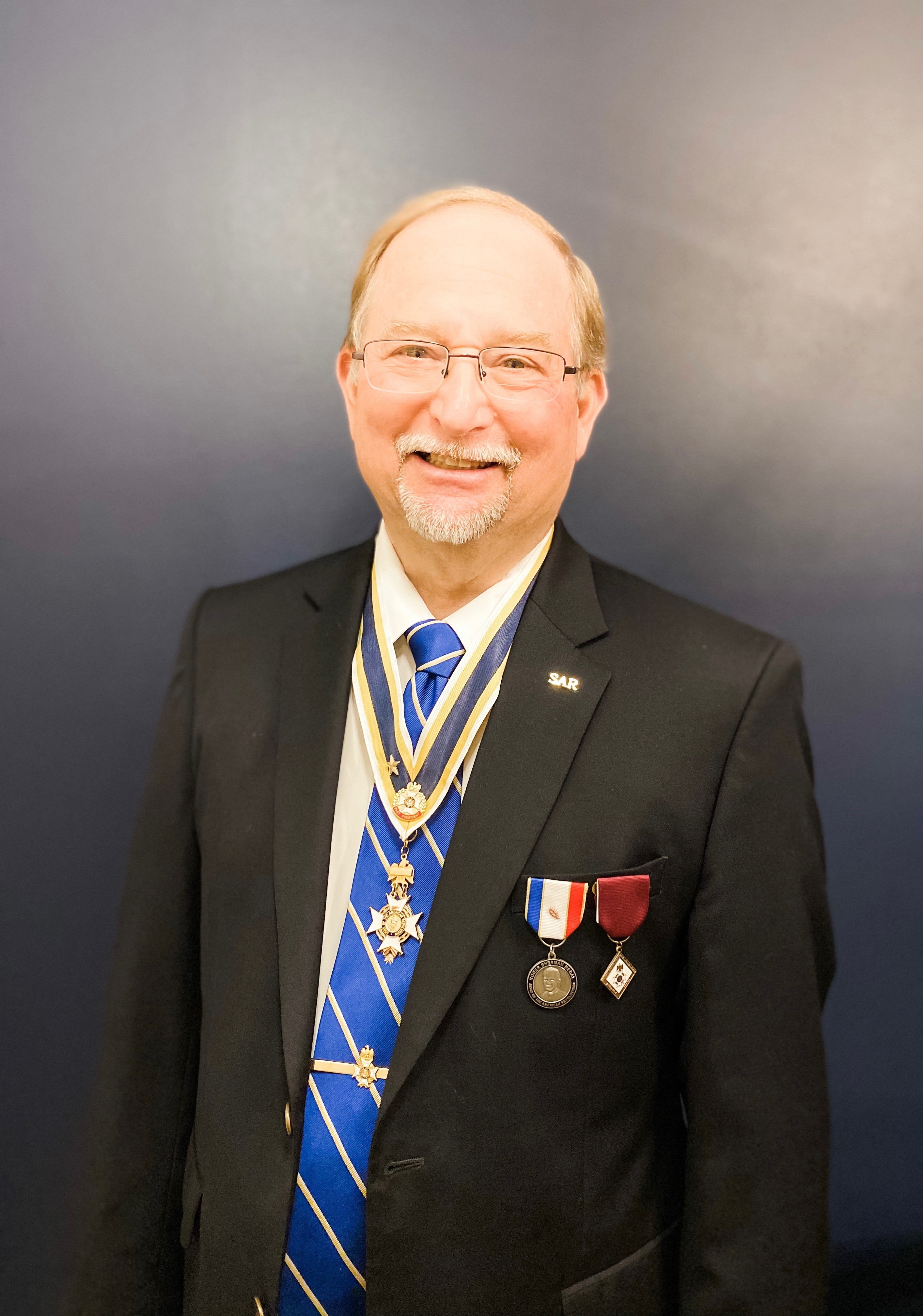 The Chaplain General shall be a regularly ordained minister, and shall open and close meetings of the National Society with such services as are usual and proper on such occasions. The annual Memorial Service shall be planned in consultation with the Chaplain General. He also advises, assists, and ministers to the spiritual needs of SAR members.