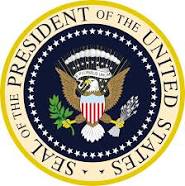 The SAR is proud of its compatriot presidents of the United States. We honor these SAR members who used their position as president to build a better America. Each remembered the founding of this great nation and the role of his Revolutionary War ancestor in making America the beacon of liberty and justice of all.

To date, there have been sixteen presidents of the United States who were also SAR members. The Winter 2001 issue of the SAR Magazine featured these U.S. presidents with details of their backgrounds, including information about their Revolutionary War ancestors.