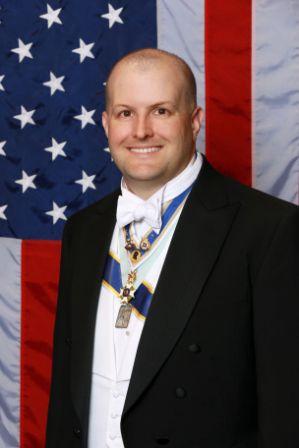 Compatriot Wright is a partner in the Bankruptcy and Creditors’ Rights and Business Litigation practice groups at Robinson & Cole LLP.

My grandmother, Rosemary Powers, was an active member of the Chester County Chapter of the Pennsylvania Society of the Daughters of the American Revolution. Without her research into our Patriot Ancestor, Josiah Redditt from North Carolina, her pride in Josiah’s contributions to the Patriot cause, and her encouragement to me to join the SAR (and determination in getting me to sign an application), I would never have joined the Major Peter Jaquett Chapter of the Delaware Society of the SAR.
When I joined the Delaware Society, I was unaware how important the gentlemen—and the ladies—of that Society would be to me. The Delaware Society, in turn, saw fit to elect a brand-new member to serve as state chaplain for several years and after that supported me as State President and then as Vice President General for the Mid-Atlantic District. I am grateful that several members of the Delaware Society traveled to the 2021 Annual Congress in Renton to share in my inauguration. Over the years, three Major Peter Jaquett Chapter members provided me with invaluable guidance, insight, support, and mentorship. PG Howard Horne was one of the elder statesmen of our chapter. As a new member, I had the chance to watch PG (2005-06) Roland Downing as he served this Society. And as many of you know, I had the invaluable opportunity to work closely with PG (2012-13) Stephen Leishman during his term of office. The importance of my interactions with each of these esteemed gentlemen is incalculable. I will be forever grateful for their friendship. Following in their footsteps, I am honored to become the fourth President General from the Delaware Society (all four in the last 22 years) and—even more amazingly—the fourth President General from the Major Peter Jaquett Chapter.
Several individuals have done yeoman’s work over the last two years to help me plan for my term as President General.