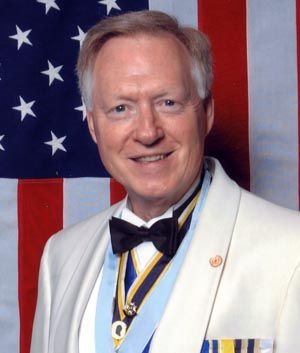 Compatriot Guzy was born and raised in St. Louis, Missouri, and graduated from Jesuit High School in 1966. He later graduated from Jesuit Marquette University in 1970 with a Bachelor of Science degree in mathematics. Compatriot Guzy served three years in the U.S. Navy on the USS Independence aircraft carrier. In 1973, he and his wife, Karin, moved to Marietta, Georgia. He was self-employed in an insurance claims handling business for 40 years, retiring in 2013.

In 1995, he joined the Georgia SAR and took his first steps into involvement at the National level in 1999.

"I was drawn to the SAR for the ability to preserve my link to the American Revolution and only later found the joy of friendship and the ability to reach out to others through recruiting and education."
- Larry T. Guzy

Become a member of the sons of the American Revolution.

Donate to the SAR service and education initiatives.